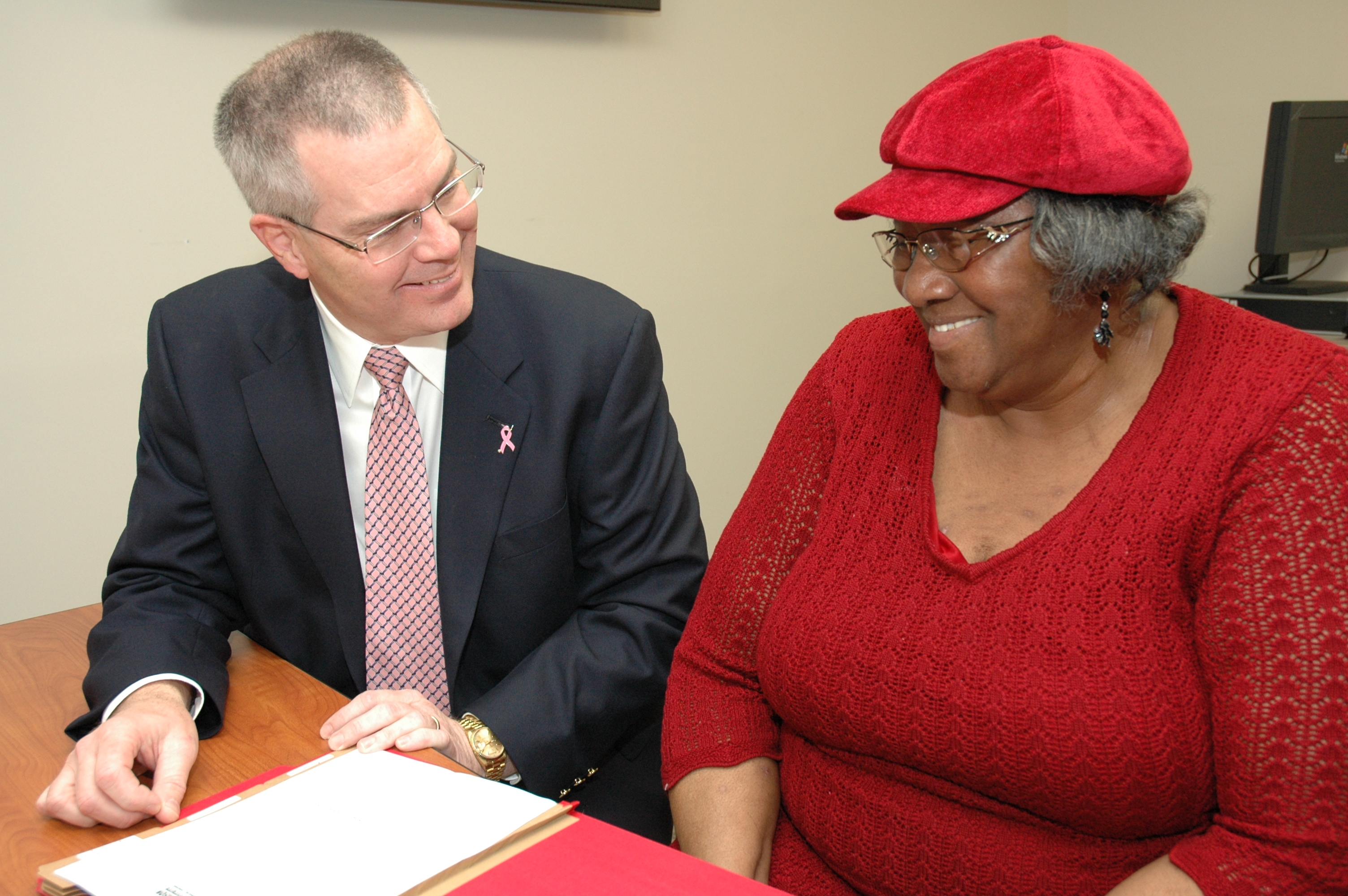 Peninsula Regional Medical Center’s Richard A. Henson Cancer Institute is reminding people on Delmarva about the importance of prevention, screening and care for breast cancer patients.

According to the American Cancer Society, breast cancer is the second leading cause of cancer death and the second most common type of cancer among women in the United States. Delmarva is no exception. In 2015, more than 200 new breast cancer patients started treatment at PRMC. It’s not just women, either – men can develop breast cancer and are also being treated for it at the Richard A. Henson Cancer Institute.

There are risk factors that people can control to lower their chances of getting breast cancer.

“A low-fat diet and regular exercise are two good ways to help lower your risk,” said David Walker, MD, co-medical director of the Peninsula Breast Center in Salisbury. He recommends such healthy options as the Pink Ribbon diet by Mary Flynt, and moderate exercise – brisk walking for an hour three times a week, or a half hour five days a week.

There are other risk factors that you can’t change, such as genetics, age, dense breast tissue, gender, race and ethnicity (breast cancer is more common in white and African-American women).

“We have all heard the old saying ‘the early bird catches the worm,’ and it definitely applies to breast cancer,” Dr. Walker said. “Early detection is the key and good screening leads to early detection.”

Dr. Walker says there is general agreement among most experts that screenings should include breast self-examination, clinical breast exams by healthcare professionals, and mammography.

Self-exams can be performed monthly starting at age 20 – for directions, visit www.peninsula.org or ask your doctor. “If you find a lump, discharge or other abnormality, contact your doctor,” Walker advises.

Clinical breast examinations can be done by a gynecologist, at a primary care office or at the Peninsula Breast Center. Dr. Walker recommends starting at age 20 and continuing every three years, then annually at age 40.

Age 40 is also the time when many begin annual mammograms, as recommended by the American College of Radiology. Those with a family history of breast cancer may start earlier – 10 years before the age of diagnosis in a first-degree relative, such as a mother or sister. Others may choose to start later; the American Cancer Society says women should get mammograms every year starting at age 45, with the option to start earlier if they wish.

If a mammogram detects something, it’s not time to panic. The majority of breast biopsies turn out to be benign. But what if, after a biopsy, you hear those two words: “breast cancer”?

“Know that with modern treatment, the majority of patients with breast cancer are cured,” Dr. Walker said. “The best cure rates are due to diligent screening, which results in early detection. Early detection has a five-year survival rate of over 90 percent, and ‘breast cancer survivor’ are the words we all want to hear.”