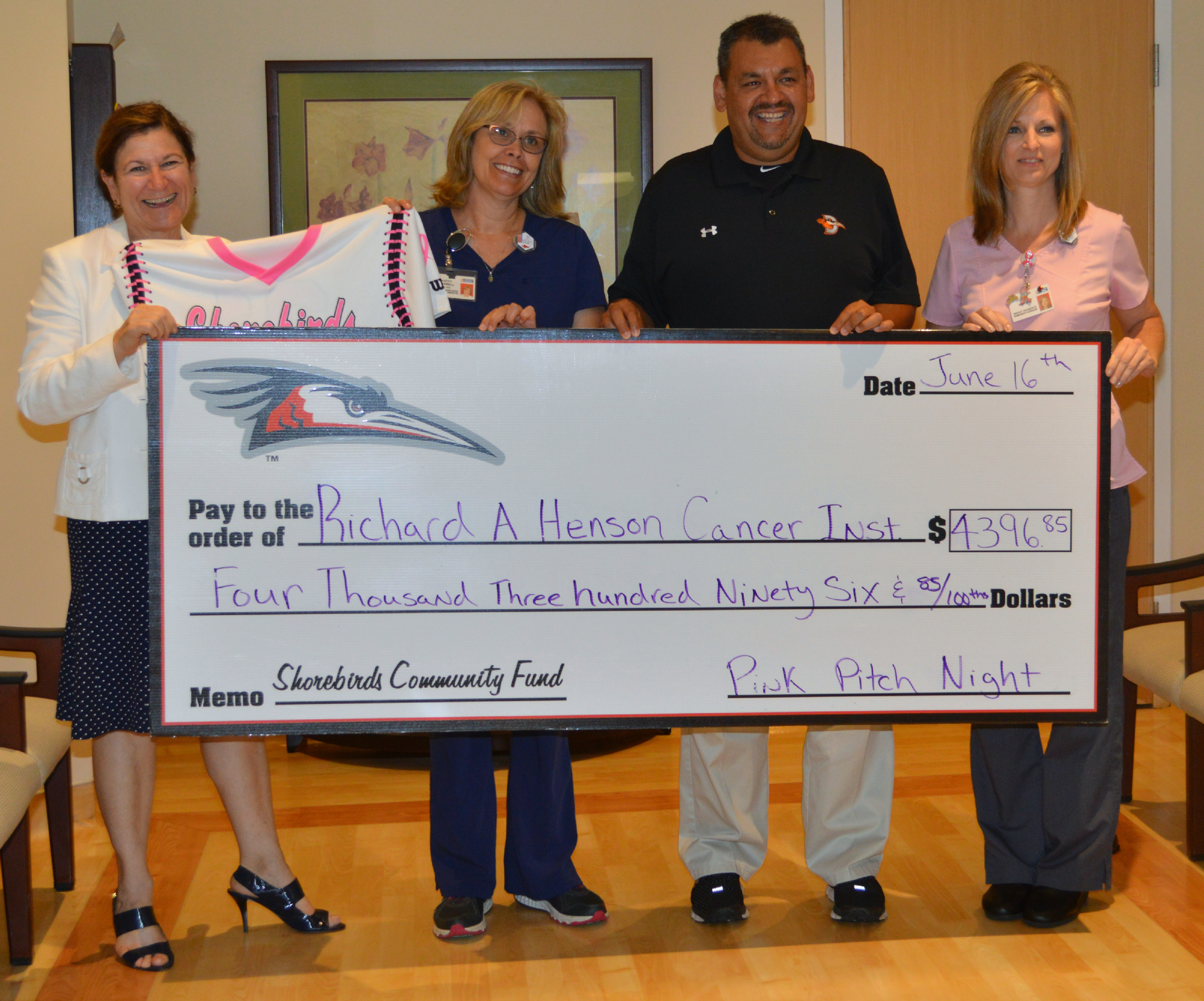 From left, Joan Daugherty, Executive Director of the Richard A. Henson Cancer Institute; Kathy Foxwell, Breast Center Nurse Navigator; Jimmy Sweet, Assistant General Manager of the Delmarva Shorebirds; and Tina Hovis, Supervisor of the Breast Center.
On Tuesday, June 16, 2015, the Delmarva Shorebirds presented a check for $4,396.85 to the Richard A. Henson Cancer Institute at Peninsula Regional Medical Center, the results from the Shorebirds' PRMC Pink Pitch Night. The 2015 PRMC Pink Pitch Night was held on May 9 at Arthur W. Perdue Stadium when the Delmarva Shorebirds faced off against the Augusta GreenJackets. Cancer survivors took the field with Shorebirds players prior to the game, stadium staff wore special t-shirts to raise awareness, and Shorebirds players and coaches also wore special pink jerseys that were auctioned off during the game, with the funds raised being presented to the Richard A. Henson Cancer Institute. The Shorebirds donated one of the special jerseys to PRMC; visitors may see it hanging in our Breast Center soon. PRMC thanks the Shorebirds for their incredble generosity in helping people on Delmarva who have been affected by cancer.