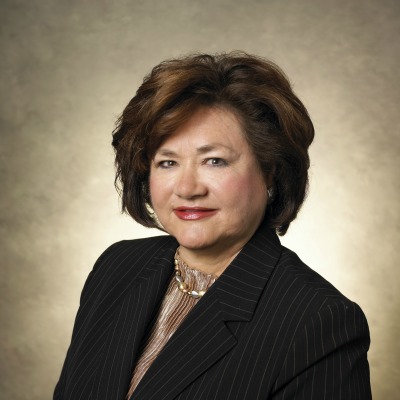 Peninsula Regional Medical Center President/CEO Peggy Naleppa, MS, MBA, Dr.M, FACHE, was today named among Maryland’s 30 Most Admired CEOs for 2012. Created by The Daily Record, a Baltimore-based business newspaper, the award highlights some of the most notably talented CEOs leading the state’s nonprofit, for profit and public companies. Winners were selected based on their demonstration of strong leadership, integrity, values, vision, commitment to excellence, financial performance and ongoing commitment to their communities and diversity. Dr. Naleppa is one of just five Maryland CEOs honored in the category of “Non-profits with More than $10 Million in Annual Revenue.” Locally, she is joined by Salisbury University President Dr. Janet E. Dudley-Eshbach. “Our 2012 Most Admired CEOs are talented and determined individuals who have demonstrated a great deal of leadership and perseverance in their professional communities and are people to be commended for their accomplishments. Our recipients’ great success and commitment to excellence are truly an inspiration to business professionals statewide,” said Suzanne Fischer-Huettner, Publisher of The Daily Record. “Dr. Naleppa is an important leader in the Maryland healthcare industry and the Delmarva community, and someone that all citizens can look to with great pride and respect,” said Marty Neat, Chairman of the PRMC Board of Trustees. “Suffice to say, she is truly deserving of this honor for all that she does to make our region and indeed the state of Maryland a safer and healthier place for so many of our citizens.” Dr. Naleppa, who has served as PRMC’s President/CEO since January of 2010, is responsible for the leadership of Maryland’s 6th largest hospital-by bed count-with over 360 acute care, 30 transitional and 28 newborn beds and nearly 1,000,000 square feet of space. Dr. Naleppa began her healthcare career, now stretching across three decades, as Director of Neurosurgical Services at George Washington University Medical Center in Washington, DC. She has served as a clinical leader or as a senior executive at several hospitals in Maryland including: Anne Arundel Medical Center, Calvert Memorial Hospital and St. Mary’s Hospital. She has served as President of the Maryland Chapter of the Healthcare Financial Management Association (HFMA) and has held several leadership positions with the Maryland Hospital Association. She is also a Fellow of the American College of Healthcare Executives. Dr. Naleppa, who is a registered nurse, holds a BS in Healthcare Administration from St. Joseph’s College; a Master of Administration degree with a concentration in Finance from the University of Maryland University College; an MBA, with a concentration in medical services from the Johns Hopkins University Carey School of Business and a Doctorate in Management with a concentration in organizational process management from the University of Maryland University College. Dr. Naleppa and her husband Dan live in Salisbury and are the parents of two daughters, Adrienne and Renee and the proud grandparents of one granddaughter, Addison Naleppa-Perdue. The winners will be honored at an awards ceremony September 13 at 5:30 p.m. at the Hyatt Regency in Downtown Baltimore. The winners also will be profiled in a special magazine, to be included in the September 14th edition of The Daily Record.