PRMC Names 2017 Employees of the Year 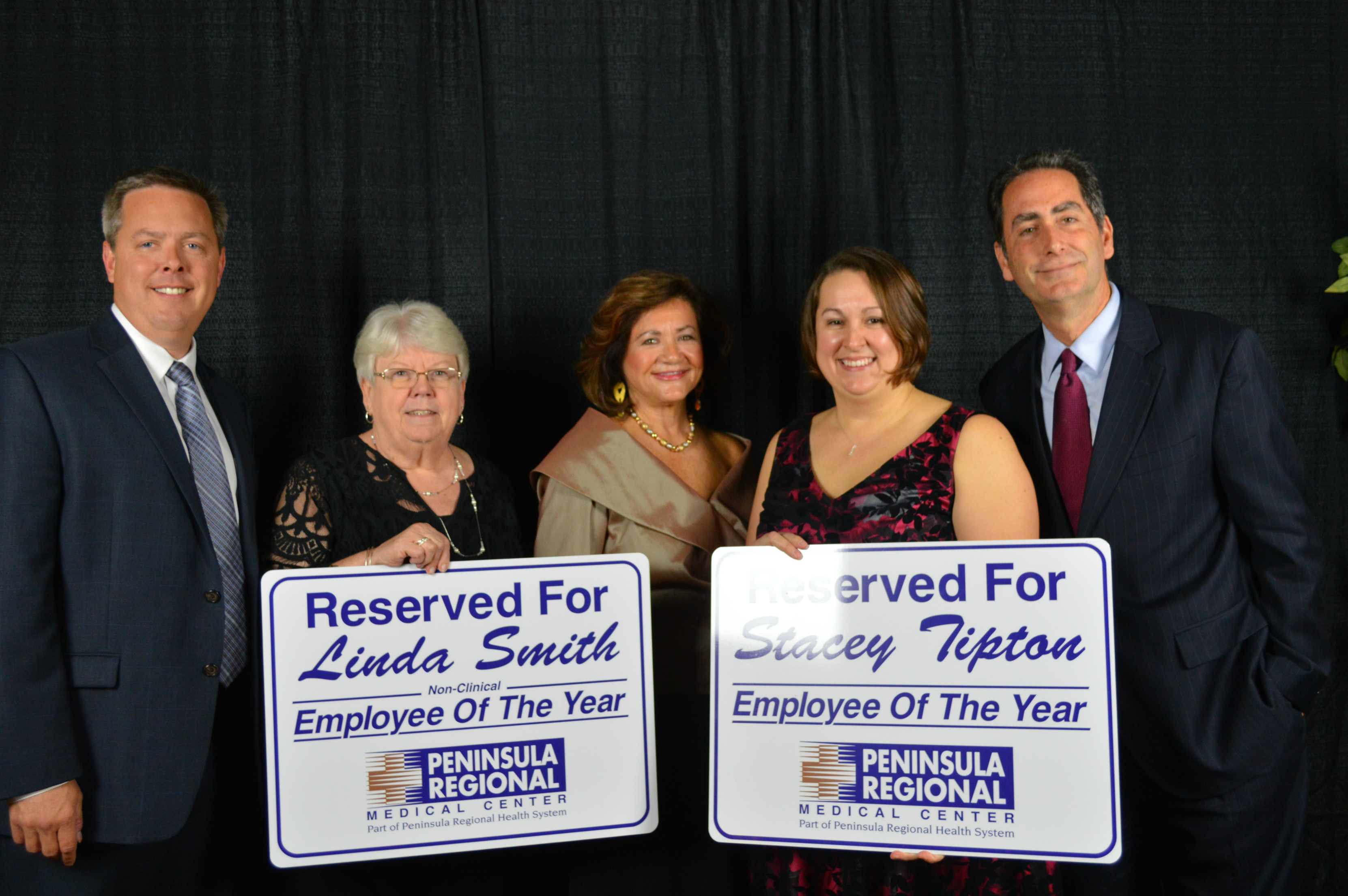 Stacey Tipton of the Operating Room and Linda Smith of Finance were recently named the 2017 Employees of the Year at Peninsula Regional Medical Center’s annual employee recognition banquet held in conjunction with National Hospital Week.

While presenting the Employees of the Year award to each, President/CEO Dr. Peggy Naleppa and President/CEO Designate, Steve Leonard, described both as leaders, mentors and true champions of customer service and patient satisfaction.

Tipton, of Crisfield, MD and Smith of Laurel, DE, were selected from a field of 16 candidates who had earned Employee of the Quarter honors in Support and Administrative Services, Nursing Services and Professional Services.  Tipton was chosen to represent the nursing and Smith the non-nursing divisions.

Of the many gifts each received for earning Employee of the Year recognition, perhaps none is more coveted than their own designated parking spaces at the Medical Center for the next year.

In the photo:  Peninsula Regional Medical Center’s 2017 Employees of the Year, Stacey Tipton and Linda Smith are congratulated by Steve Leonard, President/CEO Designate, left, Dr. Peggy Naleppa, President/CEO, center, and PRMC Chairman of the Board of Trustees Monty Sayler, right, at PRMC’s recent Employee Recognition Banquet.  Each holds a sign that will mark their designated parking locations at the Medical Center for the next year.