PRMC Nurse Honored for 50 Years of Service in Pediatrics 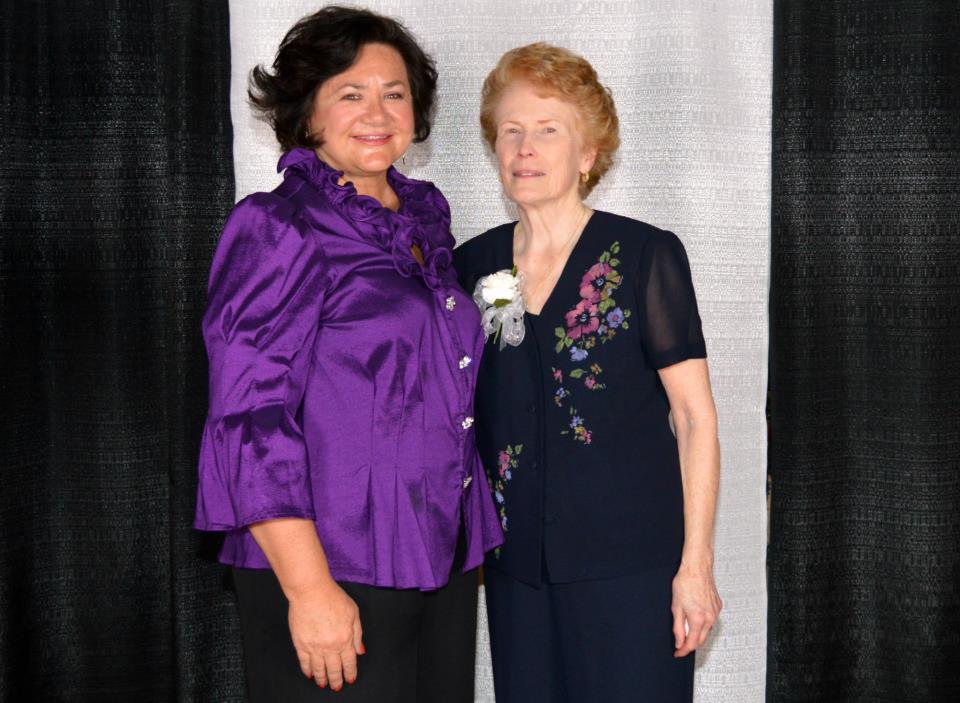 Peninsula Regional Medical Center President/CEO Dr. Peggy Naleppa honored Caroline Schweikert, BSN, RN, for her amazing 50-year career at PRMC.
Peninsula Regional recently recognized 425 employees celebrating 5, 10, 15, 20, 25, 30, 35, 40, 45 and 50 year anniversaries with the Medical Center at the organization's annual Employee Appreciation Banquet held in conjunction with National Hospital Week activities. Among those specially honored was Caroline Schweikert, BSN, RN, just the second person in the 116 year history of PRMC to reach 50 years of service. Proudly, Schweikert has spent her entire nursing career in the Peninsula Regional Medical Center Pediatrics Unit, and is frequently mentioned on patient satisfaction surveys for the care and compassion she provides, in particular to critically ill children. In 1977, she was honored for her work during a "Celebration of Nursing Excellence" ceremony held at the Governor's mansion in Annapolis. In honor of her 50th year of service to PRMC's patients, Schweikert received a Governor's Citation from Maryland Governor Martin O'Malley congratulating her on her achievement, and a Proclamation from the City of Salisbury and Mayor Jim Ireton declaring May 9, 2013 as Caroline Schweikert Day. Schweikert is a 1962 graduate of the PGH School of Nursing who later went on to earn a Bachelor of Science in Nursing degree in 1998, graduating Summa Cum Laude from Wilmington College. She is recognized not only on the Pediatrics Unit but throughout PRMC as a leader, a mentor and a tremendous nursing and clinical asset for staff and physicians alike. She is a grandmother of two, who enjoys amateur photography and volunteering at local nursing homes. Schweikert joins 57-year employee Recie Marshall of the Anesthesia Department as the only two members of the PRMC healthcare team to ever reach the half century of service milestone at the Salisbury hospital.