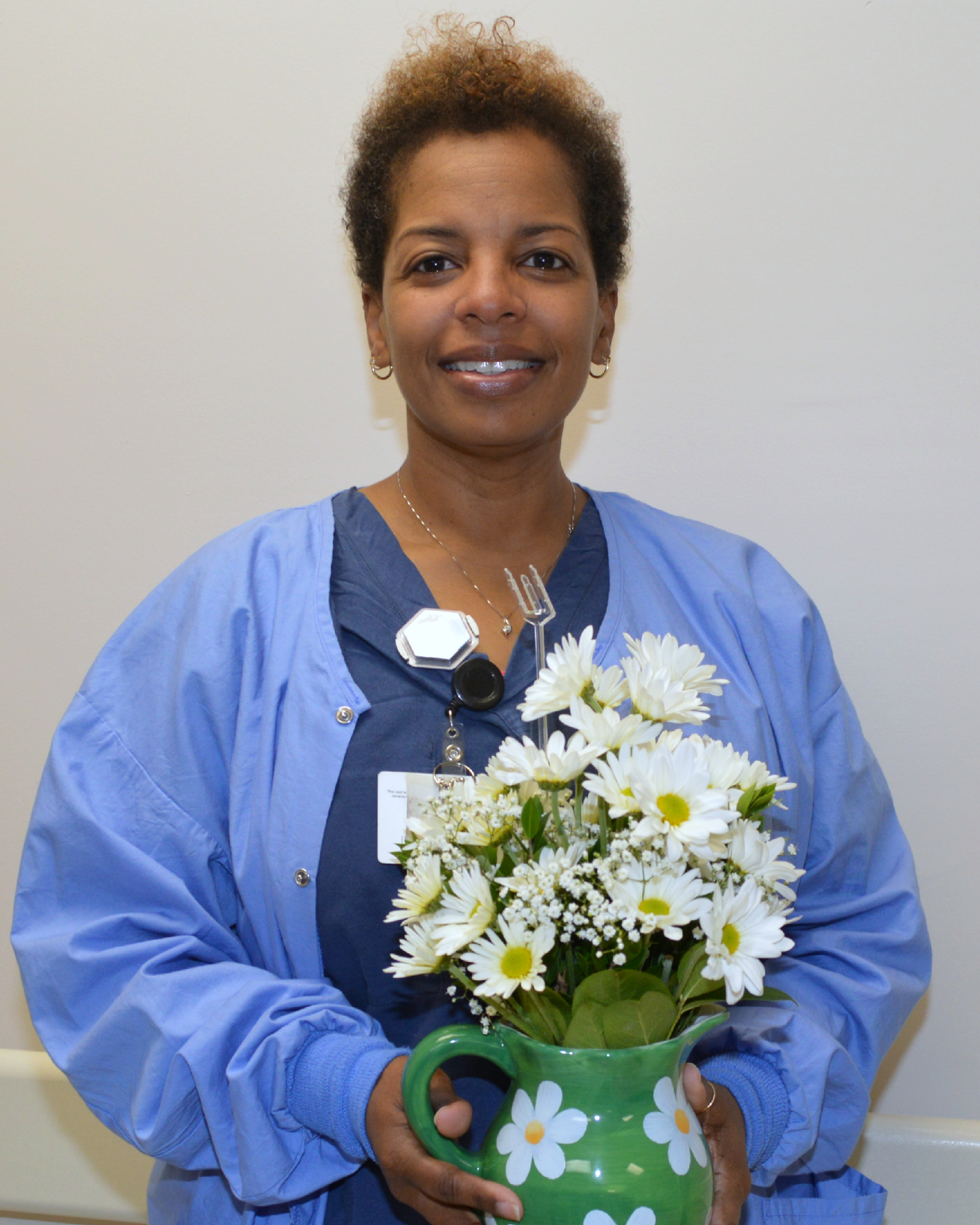 Peninsula Regional Nurse Stephanie Scott has earned the Daisy Award for Extraordinary Nurses.
It can be hard to overcome fear of medical procedures ─ especially when you’re 11 years old. One mom says Peninsula Regional Medical Center nurse Stephanie Scott, RN, went above and beyond to make sure her son was reassured, comfortable and well-cared for during an ultrasound guided biopsy. For her efforts, Scott has earned the Daisy Award for Extraordinary Nurses for the month of January. “My son had a lot of worries coming into the appointment for his biopsy,” Scott’s nominator wrote. “But from the second Stephanie took charge of his care, my son told me he felt safe. Stephanie prepped him for the procedure with a calm demeanor, handled incoming phone calls, and coordinated care with the ultrasound tech and doctor. She looked him in the eye and told him that she was here for him, and that if something was scary or hurting him too much, to let her know. She gave him the expectation that yes, it was going to hurt, but they would do their best to make sure he is the most comfortable that he could be. Her calm voice, assertive, yet gentle manner was just what he needed. She is a wonderful advocate for the patient, but all while working fluently with the staff and their needs. I also need to mention that she also took care of me after my son’s procedure, as I needed a little attention myself, after not have been taking care of myself with sleep, and eating and drinking, I needed a ‘moment’, and she was there for me too.” Scott was honored with the Daisy Award in a ceremony before her colleagues, and received a certificate commending them for being extraordinary nurses. The certificate reads: “In deep appreciation of all you do, who you are, and the incredibly meaningful difference you make in the lives of so many people.” They were also given fresh daisies, and a sculpture called A Healer’s Touch, hand-carved by artists of the Shona Tribe in Zimbabwe. To nominate an exceptional nurse, visit www.peninsula.org/DaisyAward and share a story. “We are proud to be among the hospitals participating in the Daisy Award program. Nurses are heroes every day,” said PRMC Chief Nursing Officer Mary Beth D’Amico. “It’s important that our nurses know their work is highly valued.” The not-for-profit DAISY Foundation is based in Glen Ellen, CA, and was established by family members in memory of J. Patrick Barnes. Patrick died at the age of 33 in late 1999 from complications of Idiopathic Thrombocytopenic Purpura (ITP), a little-known but not uncommon auto-immune disease. The care Patrick and his family received from nurses while he was ill inspired this unique means of thanking nurses for making a profound difference in the lives of their patients and patient families. President and Co-Founder of The DAISY Foundation Bonnie Barnes said, “When Patrick was critically ill, our family experienced firsthand the remarkable skill and care nurses provide patients every day and night. Yet these unsung heroes are seldom recognized for the super-human work they do. The kind of work the nurses at PRMC are called on to do every day epitomizes the purpose of The DAISY Award.”