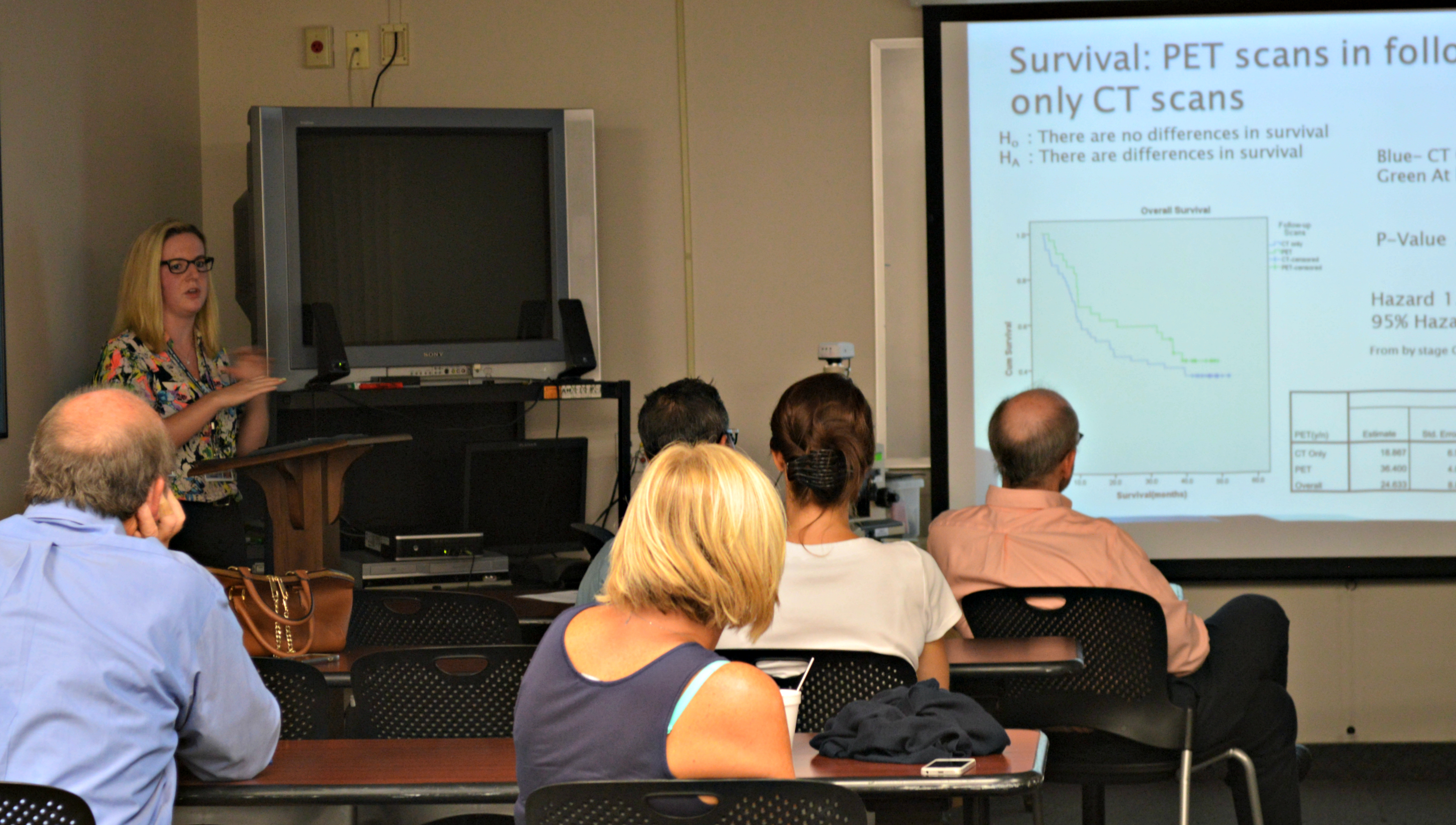 The Richard A. Henson Cancer Institute welcomed Salisbury University student Samantha Maillie to work on a study of two-year local control results for stage 1 lung cancer with stereotactic radiation.  Her study, based on patients treated at Peninsula Regional, concluded that there were no significant differences in survival for those who were given PET scans, versus those who only received CT scans.

“Being able to work on an application in the medical field was very rewarding, because the work you are doing has the potential to improve people's lives,” Maillie said. “I really enjoyed getting to work on a project whose goal was to make figuring out the best way to help someone who is sick more efficient.”

The experience may encourage some of the students to put their talents to work in the research world. “After working on research projects with PRMC it has encouraged me to pursue research as a career,” Maillie said. “It showed me I have an interest in medical science that I never realized I had.”